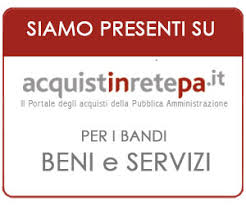 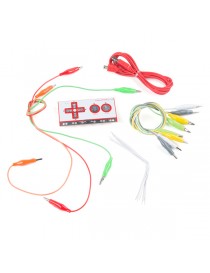 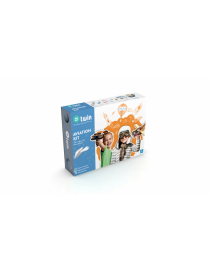 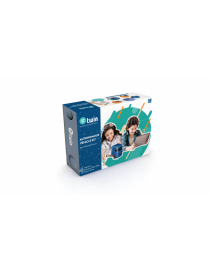 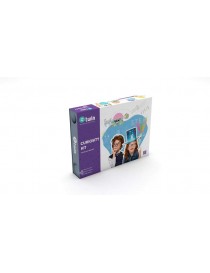 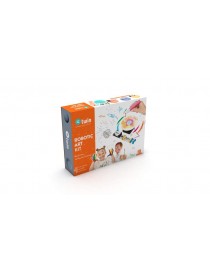 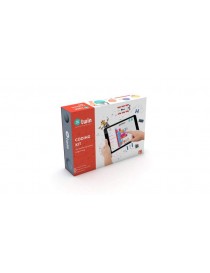 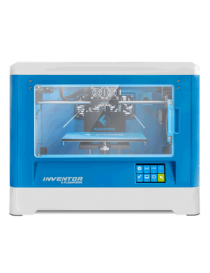 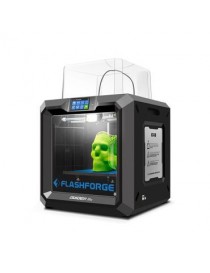 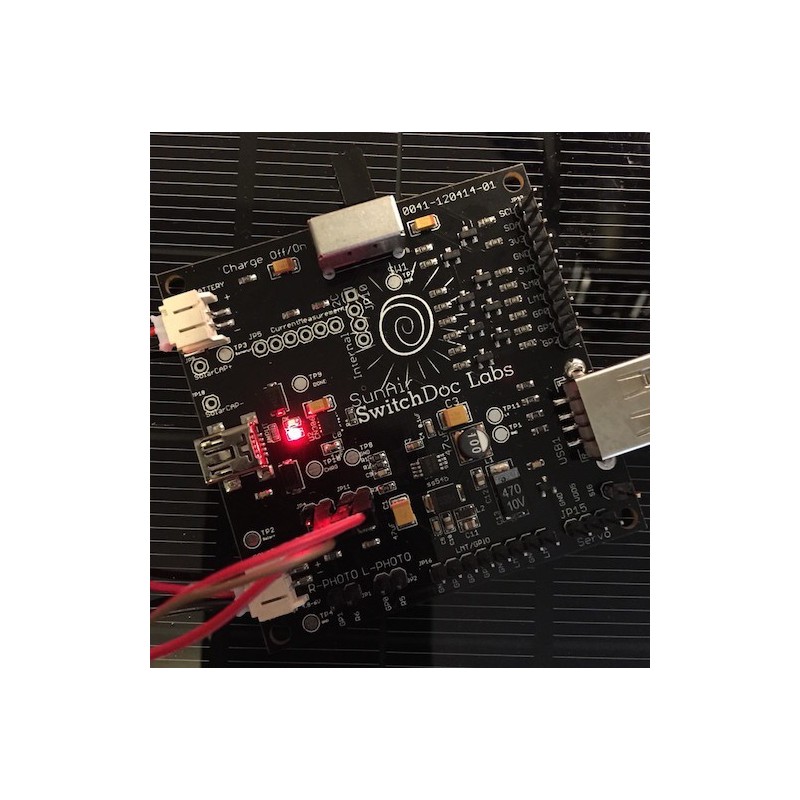 You can use this board to power your projects and add a servo or stepper motor to allow it to track the sun using photoresistors to generate even more power! It incorporates a number of outstanding features in a very compact, inexpensive single fully assembled and tested PC Board. Note that the battery and solar panel plugs on SunAir are of type JST-PH 2 pin.

SunAir is customizable with your software and hardware.

The major features of the SunAir board are:

Use Cases:  Build your project!

What are the LEDs next to the Battery Plug?

As many of our projects have, this project started in a bar called the Fedora in 2013.  We thought it would be cool to put a Solar Powered remotely controlled box down in the Caribbean on the island nation of Curacao, and Project Curacao was born.  SunAir generation 1 is shown to the left. The next step was to put this fully debugged system in a weather proof box and write the 8000 lines of code that would control it.  We ended up putting two complete SunAir 2nd generation solar systems in the box for redundancy and system isolation.  One for the Raspberry Pi and one for the Battery WatchDog Arduino which monitored and controlled the power for the Raspberry Pi. You can see the SunAirPlus prototype board in the lower part of the picture to the right of the Pi Camera.

After 6 months in the Sun, with the box running most of the time, we went down and added more solar panels and a SwitchDoc WatchDog Timer to cover the possibility of a code hang and also recovery from loss of power (brownouts tend to make computers not reboot on a reliable basis - recovery from brownouts is a necessary function on solar powered system.  Clouds happen). Finally, we had enough information and use cases to design and build the 3rd generation of SunAir and the heavily instrumented version, SunAirPlus.  This is the Ultimate Solar Panel controller for Raspberry Pi and Arduino projects. These boards are designed with a lot of flexibility for you to innovate your design.

New Solar Panels on Top of the Project Curacao Box - WeatherRack in Background. 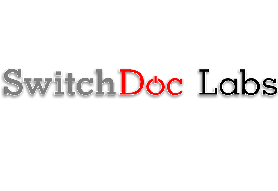 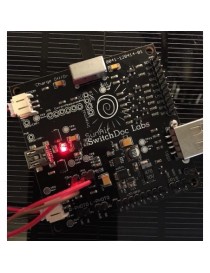